A resident of San Marcos since 2008, Van de Ven plans to use his acquired skill set in the water industry to help the community he loves so much—the same community he attended university in and plans to raise his family in.

“As the President of Calsense, a leader in water resource management systems for government entities, I’ve been able to help counties, cities, school districts, and universities across the nation conserve water,” says Van de Ven. “By applying some of these same long-term solutions and strategies, I am confident we can get Vallecitos’ water sustainability back on track to where we need to be.”

A.J. is not only a firm believer in water conservation and preservation but also developing smart financial plans. As long-standing President of his HOA Board, Van de Ven has managed to reduce Homeowner dues by nearly 20% and overall expenditures including a recent 22% reduction in management fees.

“I believe in complete financial efficiency and transparency and the recent proposed water rate increases are not justifiable,” Van de Ven declares. “If elected to the Vallecitos Water Board, I will make it my number one goal to work with staff to develop a fair and equitable rate structure for all ratepayers– homeowners, businesses, and institutions alike.”

Election day is Tuesday, Nov. 8, 2016. You can learn more about A.J. Van de Ven and his Vallecitos Water District campaign by visiting www.ajvandeven.com. 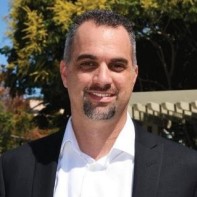